Not new, Onyx was released in February, but I only got to revisit Dutch Touch last week after a lot of time, and I got a bit infatuated with this pretty face and beautiful skin. Onyx comes in 5 skintones, and 10 make ups. Most of them pretty classical, with soft lip and eye make up and 2 rather funky faces, equally gorgeous,but for more specific looks. There are no tintable eye brows for this skin, which may make it a little less popular with the true blondes of sl, but the brown is quite good with a wide range of browns and reds and darker hair colours in general. 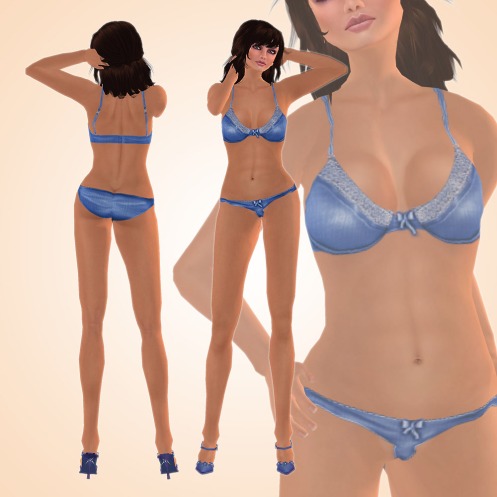 The body is lovely. The smoothness of a hand painted skin, flawless except for one or two minor seams, with attention for details. Every pack of Onyx contains 3 skins, the make up you bought, that same make up with a push up cleavage (shown in the large image) and the natural version of Onyx. The front of Onyx is soft, but not overly detailed, although I found the slightest tan lines on the hips really cute. The back, on the contrary, is really well done, with beautifully shaded spine and shoulderblades and a pretty, round bum.

Iki has had a pretty steady flow of releases, ever since she started creating about 2 years ago, but you may have noticed that it has gone a bit quiet at Dutch Touch. Iki is not much in world anymore, She told me that she’s tired and also frustrated with finding her designs, which she spends a lot of time and effort at drawing everything from scratch, in BIABs, mega malls and Xstreet within days after releasing it. As long as the sales pay for the land, Dutch Touch will be around, but at this point, Iki is not making new things, and will eventually disappear from SL. Sad to see a talented creator loose faith and withdraw….